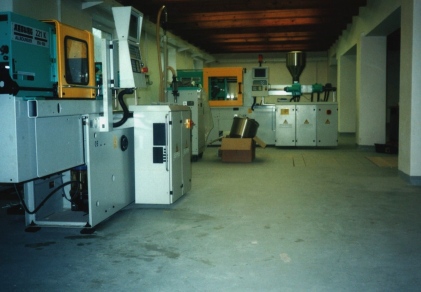 The company was established in 1991, when company MAPLAST was founded by Mr. Lubomír Mačenka. At the time we used injection molding machines mostly to manufacture advertising items. In 1993 the company opened a tool shop and won major customers in electrical, automotive and water industries. In 2000 we moved to Blučina, Czech Republic, where the expansion of the machine fleet continued. Since 2003 the company has undergone organizational changes and the family company became a medium-sized enterprise with managerial control.

In 2022 the company MAPLAST CZ, s.r.o. purchased a new production premises of the former press shop located at Jezerní 194, Brno-Přízřenice. These new premises have unergone a complete renovation and the company was completely moved from the previous location. Furthemore, in 2022, the company expanded its machinery to 27 injection molding machines and significantly invested in the peripherals and other equipment.were incontinues it’s development and investment in the expansion of existing space, in the replacement of machinery in the mill and in the expansion of the machinery in the tool shop. In the same year also a separate assembly hall was renovated a fully equipped.